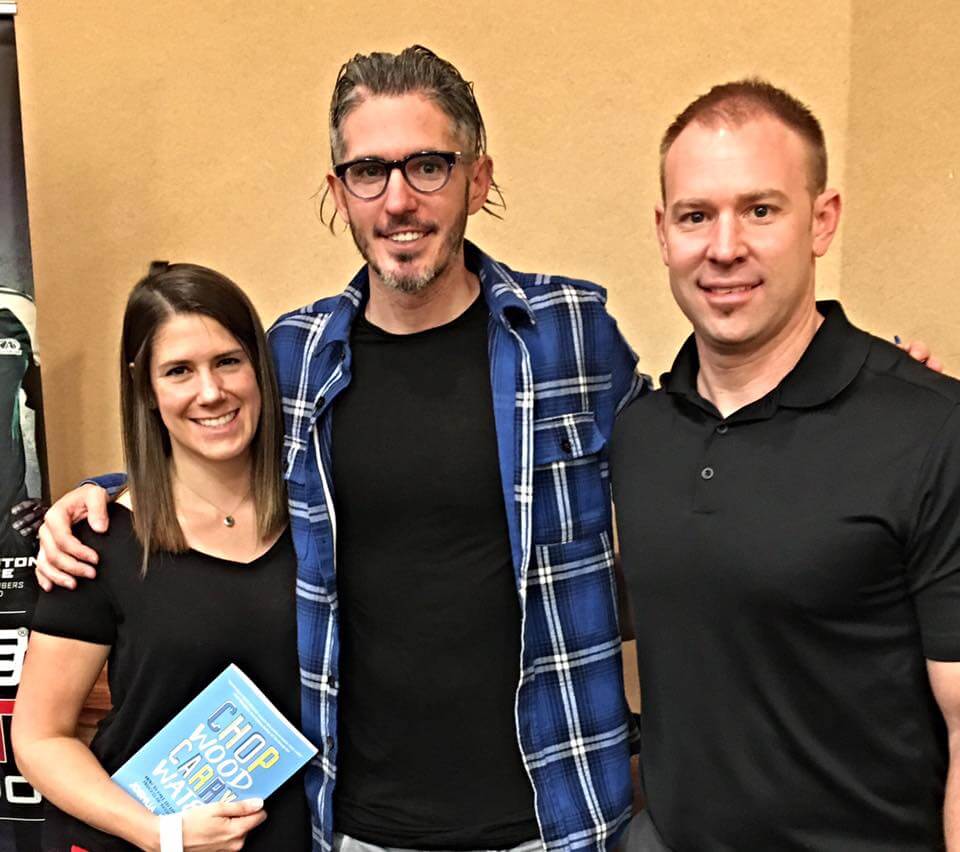 Tony and I took a quick trip up to Sioux Falls, SD this weekend.  I found out the author of the book Chop Wood Carry Water, Joshua Medcalf was presenting and I knew we had to go. 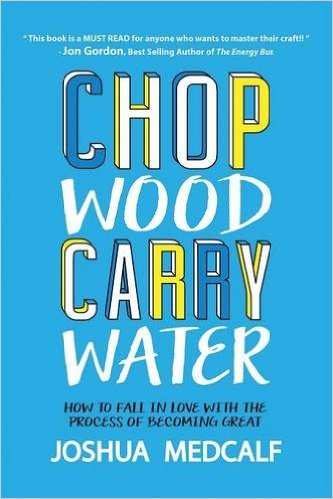 I found out about this book through a friend of our Randy Hartz and they were having him present at their Champions Day.

So we booked tickets and I knew we would not regret it.

Chopped Wood Carry Water is a story about a boy named John who is on a journey to achieve a lifelong goal of being a samurai warrior.  He is guided by “Akira-Sensei” who teaches him that the greatest adversity on his journey will be the challenge of defeating the man in the mirror.

It is a powerful story that moves quickly.

Each chapter is a couple pages but packed with huge meaning.

Joshua Medcalf has been through the trenches; he’s helped and lived in a homeless shelter, he’s lived in a gym closet – and I could go on about him…

This guy has seen adversity.

As he opened up his presentation, attentiveness swept over the audience as eager ears leaned in to hear what he was about to share. Immediately, I was engaged with anticipation and as he continued to speak I was drawn in even further by the impact and insight he eloquently shared. Hanging on every word he said, I was captivated – I have never sat so still in my chair,  I could not move (let alone drink my shake I had mixed right before he came on stage).

He was the riveting.  You could hear a pin drop.

Joshua grabbed your attention and truly talked about us facing our adversities as an opportunity to learn and grow.

He got very real, very quickly with us in the audience.

He talked about a little boy named Ingvar.

When Ingvar was young boy he went into town and purchased boxes of matchsticks.

He did this year after year, adding new trinkets to sell as the years went by.

He got turned away several times.

But in his persistence, he got up every morning looking for the next person to say YES!

You might know a little about Ingvar and his brand…IKEA.

One thing that really resonated with me was when he said:

“There is no such thing as microwaveable greatness.”

We all want the perks of someone who has “made it”, but are we willing to do what it takes??

When we feel like we can’t do something or we want to give in, do you?  Or can you take a moment to look at the adversity you are facing and say this is in my best interest and it is an opportunity to learn and grow?

Let me say this again.

When you are faced with the scale not going in the right direction, do you blame your coach or the donut?  I mean it’s their fault right?

Those little things add up and when you are monitoring progress it gets frustrating.  Blame doesn’t make anyone feel better…ask yourself, what can I do to make this better?

We all have neuroplasticity in our brain.  This means we can rewrite who we are and what we want to do; it’s just that we always do things this way or that way.  It’s hard to make change, studies show we have to do something 21-60 times to make it a habit.

If Ingvar didn’t get up every day to hone his craft, we personally would not have the bed we have today.

Continue to fight through adversities and find ways to make your goals a reality.

I see people through lots of goals and I also see people give up.  They gave up right when they were getting ready to see the change they wanted on the scale.  It takes consistent effort to have anything worthwhile in life.

Nothing just comes easy…we all want the perks of our jeans fitting well, but are we willing to do what it takes to get there?

You have to be ready and willing to do the work, but you will never ever regret the consistent work you do to have better health!

Go sell matchsticks door to door or do what you need to do to overcome the adversities in your life!